In the summer of 2011, a woman fondly nicknamed Ressam was presented with one of the biggest challenges of her life; an Alzheimer’s diagnosis. For the next 6 years, she would battle the unforgiving disease before peacefully passing in August of 2017. Following her death, Ressam’s son, Dr. Al-Mutawaly, decided that families who were struggling with the same challenges needed a place that could not only support and ensure the safety of their loved ones, but also provide groundbreaking innovation and research that could overpower the disease. Through that passion and determination, Ressam Gardens was born, and has been the center of countless families’ hopes. 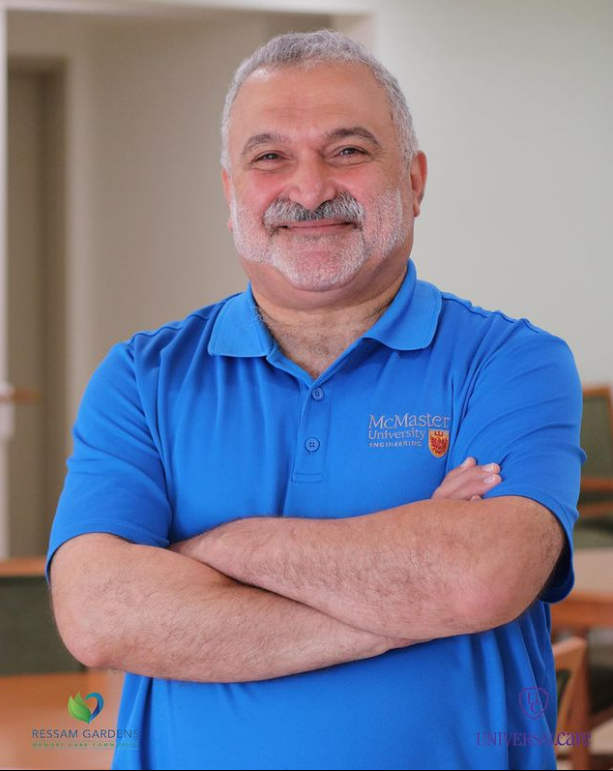 Dr. Nafia Al-Mutawaly is the President of Ressam Gardens, who has humbly embarked on the mission of providing dementia care to our community.

In the summer of 2011, Nafia’s mother, Ressam, was presented with one of the biggest challenges of her life: an Alzheimer’s diagnosis. For the next 6 years, she would battle the unforgiving disease before peacefully passing in August of 2017.

Following her death, Nafia decided families who were struggling with the same challenges needed a place that could not only support and ensure the safety of their loved ones, but also provide groundbreaking innovation and research that could overpower the disease.

Through that passion and determination, Ressam Gardens was born, and has been the center of countless families’ hopes. 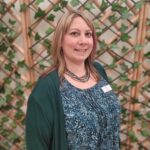 Mandie has several years of experience working the Retirement Home Sector and working with Seniors.  Her love for working with seniors came when she became a caregiver for her ailing Grandmother.

When Mandie is not working at Ressam Gardens she enjoys spending time with her Family and Friends and volunteering for several organizations in the Community.

She really enjoys coming to work and being greeted by the smiling faces of all of the Residents, always being the highlight of her day. Mandie is thrilled to offer her professional and lived-experiences to enhance the lives of our residents and steer this interdisciplinary team towards the vision of a new form of innovative dementia care. 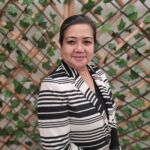 Melinda is a seasoned sales and business professional with many years of experience in the senior living industry. Melinda is known for driving occupancy growth and creating urgency approach with the previous company, and a recipient of several awards and recognitions as a Top Performer for three years in a row. Melinda graduated with a Bachelor of Science degree in Nursing from her country in the Philippines and worked in the Senior Living industry in Houston Texas.

In her previous role, she was the Office Manager and Community Sales Director in one of the biggest Senior Living Industry in the US and Canada for 16 years. Her passion to work with the elderly comes from her experience in caring for her own parents as they aged.

Ressam Gardens gives her the opportunity to do what she loves to do the most and be a part of the Residents lives and work with the Staff who are as passionate as she is, and she can count on. 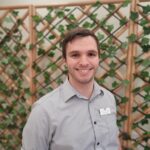 Jonathan has been working as a Recreation Therapist for individuals living with dementia for almost a decade. His experience includes retirement, dementia day programs, assisted living, and specialized transitional behaviour units.

Jonathan is passionate about Person-Centered-Care and enabling individuals with dementia to be able to live their fullest in all stages of the dementia journey. He has ample knowledge in non-pharmacological interventions, meaningful activities with Montessori methods, leading interdisciplinary teams, Gentle Persuasive Approaches, and more.

When Jonathan is not working, he is found taking his young twins on adventures and exploring the outdoors. 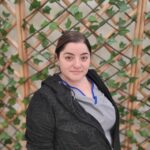 Rebecca has worked in kitchens for over twenty years and brings every bit of that experience to Ressam Gardens to heighten the dining experience for our residents. The resident experience and quality of service is imperative to Rebecca, who with her team strives to make every meal and dining experience one deserving of having in the resident’s home.

When Rebecca is not cooking, she enjoys spending time visiting art galleries, museums, and other interesting stops she finds. 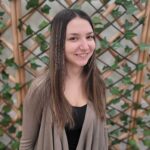 Brooke joins the Ressam Gardens team with diverse and extensive experience gained through many roles over the course of her career. Brooke has experience working as a nurse in Long Term Care, Mental Health Nurse at West 5th for those suffering with a severe mental illness or addiction, an Infection Prevention and Control Manager, as well as other management roles in other retirement residences.

Brooke is detail-oriented, thorough, knowledgeable, and an excellent advocate both for our residents and their families. Brooke brings a large body of knowledge regarding various community supports and systems to better help our residents and families both inside and outside of the facility.

When not here at Ressam Gardens Brooke can be  found hiking, walking her two great danes, and volunteering her time and energy at Big Brothers Big Sisters Canada. 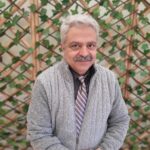 For the past decade Husam has been working as a maintenance manager for several properties, including many large facilities. His three university degrees in physics helped him tremendously to deal with all the aspects of building maintenance, giving him unparalleled knowledge in the structural, mechanical, electrical, and information technology (IT) elements of the job. The latter was a critical skill to handle the modern technology, computers, networking, and security systems of the ever-shifting landscape we see in healthcare.

Conducting his daily duties at Ressam Gardens allows Husam to be close to the residents, where he enjoys talking and joking with them. Such warm social interactions help him to better understand the residents’ needs and have motivated him to provide them with the best service that can be found anywhere.

When not at work, Husam assumes a volunteer role of an administrator and treasurer of a charitable organization for the past sixteen years. Furthermore, Husam assists new immigrants to settle in his community.

To build and manage a Retirement Home that: